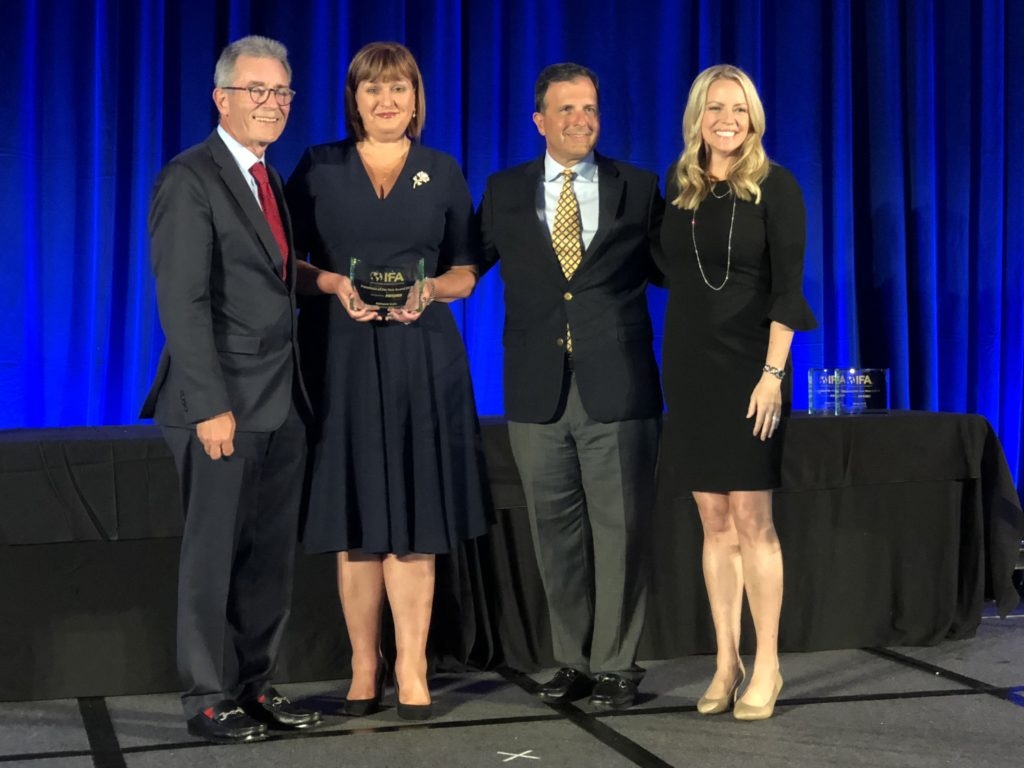 Providing compassionate, high-quality services is the backbone of what every ComForCare in-home senior care franchise does. That dedication gets noticed, as it recently did for Pittsburgh ComForCare franchise owner Anna Zaydenberg. She was named a Franchisee of the Year by the International Franchise Association (IFA).

As the world’s oldest and largest organization representing franchising worldwide, the IFA is an industry leader and is closely followed by franchisors and entrepreneurs who are looking to launch their own businesses. So, when it gives an award honoring those who have demonstrated excellence in the franchising community, it’s a big deal.

Honor is Latest for This Accomplished Entrepreneur

Since 2008, Zaydenberg has operated a ComForCare in-home senior care franchise in Pittsburgh, which is now the largest non-medical home care provider in Allegheny County. She currently serves on ComForCare’s Franchise Advisory Council, allowing her to provide significant input on how to grow and improve the ComForCare brand. Prior to this honor, Zaydenberg has received ComForCare’s 2017 Franchise of the Year, as well as the 2017 EY Entrepreneur of the Year Award for Community Service for Pennsylvania and West Virginia.

“It’s such an honor to receive this award from the IFA,” says Zaydenberg. “I love the opportunities I get to serve my community through ComForCare every single day. Franchising has allowed me to build relationships with so many different kinds of people and challenged me in figuring out how I can fully serve my clients, so they can live their best life possible.”

Zaydenberg was recognized at IFA’s Franchise Action Network Annual Meeting in Washington, D.C., last September, an event that brought together more than 400 franchise business leaders to raise awareness with policymakers on the industry’s continued successes and economic contributions.

“IFA is proud to recognize Anna for her extraordinary story and success,” said Robert Cresanti, IFA President and CEO. “Franchise businesses are an engine of economic growth across America, in a large part due to the hard work of tens of thousands of franchise business owners like Anna. As Washington looks to continue our economic growth, policymakers would do well to remember that franchising is making a difference across our country.”

ComForCare is a successful, multifaceted business that offers peace of mind and improved quality of life for senior citizens and their families through support around life’s everyday tasks, and also through exciting and innovative programs such as DementiaWise® , a comprehensive care approach for people with Alzheimer’s disease or other forms of dementia that focuses on accentuating the positive by supporting and encouraging remaining skills and abilities; and Joyful Memories, an interactive, singalong program that uses the power of music to create connections and positive outlets for emotional expression. ComForCare’s other differentiators include in-home nurse assessments, customized care plan development and ongoing evaluation to anticipate and plan for changes, all based on the client’s interests, hobbies, skills and abilities that provide joy and purpose in their life.

For in-depth details about the ComForCare franchise opportunity, download our Free Franchise Opportunity Report. You also can learn more by visiting our research pages.